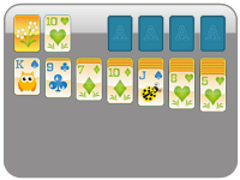 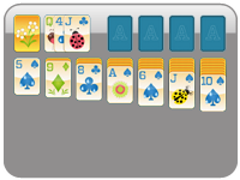 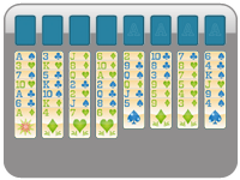 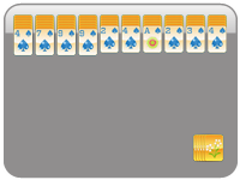 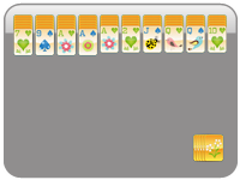 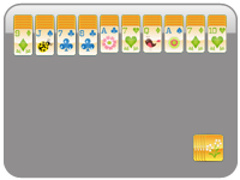 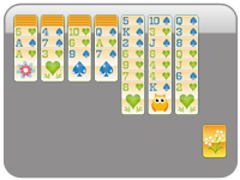 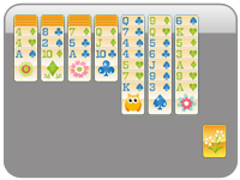 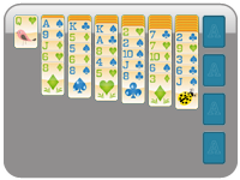 An easier version of Scorpion Solitaire, Wasp Solitaire lends itself to roots in Spider Solitaire game play. Build stacks of cards in descending order K through A according to their suit to eliminate them from the playing board. No cards go inactive in this game, and any card can be placed in an open tableau. Wasp Solitaire is extra fun because you can now move any face up card around at any time during the game.

Remove all the cards in suited stacks to declare victory over yet another Spring Solitaire game!

DISCLAIMER: The games on this website are using PLAY (fake) money. No payouts will be awarded, there are no "winnings", as all games represented by 247 Games LLC are free to play. Play strictly for fun.